(This video will instantly make your day 10000% better. I promise.)

Here’s the good news: knowing Russian gives you a massive advantage with many other cool languages. You’ve got a great head start with Bulgarian and Ukrainian. Even Polish and Czech will have some recognizable bits.

Here’s the bad news: Yakut is not one of the those languages. While it is spoken in Russia, it’s a Turkic language. Here’s an interesting video: Similarities Between Turkish and Yakut. But knowing Russian won’t help you decode Yakut. Take a look…

When looking at this Yakut magazine last night, I asked D to read it out loud. Or rather, try to read it out loud, since it didn’t make any sense to him either. We did discover an awesome new letter: Ҕ, the 5 letter. (Russian learners may already know the 10 letter, Ю, and the 61 letter, Ы. Or was it just my Russian 101 class that used those terms?) The Yakut alphabet also includes beauties like Ҥ, Ө, Дь, and Һ.

I don’t speak any Yakut, but I know a little about the place where it’s spoken.

In 2006, I signed up for a Russian language exchange program at my university. Cities like St. Petersburg and Yekaterinburg weren’t partnered with our school… but the city of Yakutsk was. I hardly spoke any Russian, I had no idea where/what Yakutsk was, but how could anyone turn down a shot at Yakutsk State University? No way! Odin, a red-headed Alaskan who is almost 6’5” and as mystical as his name, also signed up to go to Yakutsk.

Google didn’t have much info on Yakutsk in those days, so instead the university arranged a meeting in the student pub with a student who had gone to Yakutsk years before. His take on Yakutsk was vague; he mentioned diamond mining and getting his heart broken. I found some pictures of the city on the internet, showing a place half-swallowed by mud. Lonely Planet offered this description: “It’s a lot of money to pay for bad food, physical discomfort, and a few small museums.”

Yakutsk is what you think of when you imagine Siberia. The average January temperature is -45F (-42C). Restaurants serve horse meat. I tasted raw reindeer liver and fermented mare’s milk. The local permafrost museum is a big draw. We were invited to local shamanic ceremonies, where people were impressed by Odin’s red hair and build. (His hair color and height also won him an invitation to play Genghis Khan in a local production. Not historically accurate, but the director must have been going for shock value.)

Traveling south in the middle of winter, Odin and I crammed into a marshrutka with another eight people for a 14-hour drive on top of frozen rivers, stopping occasionally to pee on the side of the road. It was -30 F (-34 C). There was nothing to pee behind at one stop- only a flat, infinite landscape of snowdrifts- so us women held our fur coats wide while other women crouched behind us. If you’re curious about life in Yakutsk, I’ll share some links with you at the end of the post.

Because I had been living in the Alaskan interior, a harsh winter wasn’t a shock. What was a shock was… well, remember the “not speaking Yakut” part? The university had sent us off on a language exchange program without a single hint of which language and culture it would be. Yakut language and culture are thriving!!! Yakutsk State University offered classes like The History of Yakutia and Yakut Culture and Ethnography. Lectures included other native peoples of region, like the Эвенки, the Чукчи, and the Юкагир as well as endless details on items like the чорон and the хомус. We were even encouraged to enroll in Yakut language lessons. (In comparison: Only now the Alaskan university system is starting to prioritize teaching native Alaskan languages and cultures.)

I didn’t sign up for any Yakut lessons. Odin did, though, and quickly picked up the basics of the language. The only Yakut I learned came from Odin, but I’m not sure it’s honest Yakut. Our Russian language teacher looked down on Yakut language and culture quite a bit. She also looked down on all the students she taught. The first thing she ever said to us- “Ugh, мне не нравиться американцы.” Her usual response to anything that Chen (an overly-eager, permanently-smiling Chinese student) said in class was a hostile “Чэн, кто говорит по-русски лучше? Ты или я?” To get back at her, Odin would sometimes use Yakut words in the classroom. Бахибо and бохалуйста were supposedly Yakut versions of спасибо and пожалуйста and they would really set her off. (Or maybe we just sounded silly, who knows.)

Would you like to try your hand at some real Yakut?

For more, take a look at this short list of Yakut / Russian phrases. (Notice it’s labeled Sakha / Russian. Yakutsk is the capital of the Sakha Republic.) If grammar is your thing, here’s all the Yakut grammar you could ever dream of.

The video at the beginning of this post- хоту уолаттара (Парни севера)– is by ZLOI MAMBET, who also became famous for this parody of this Timati song. The Siberian Times has a great article on how that video was filmed.

One reason I think that Yakut is so interesting now is because it’s still completely inaccessible to most people.

The internet blankets the world.

Yet searching for “learn Yakut” brings up nothing. There’s not a single dedicated resource in English for learning Yakut. Only this lonely Duolinguo thread and a small cache of recorded phrases on Omniglot.

Let’s say you come across маҕаһыыҥҥа.

Маҕаһыыҥҥа. WHAT? Seriously, how can you figure out what that means? You’d have to track down a native speaker. There is no shortcut, no machine translation, no googling of “Что значит маҕаһыыҥҥа?” or “What does маҕаһыыҥҥа mean?”

By the way, маҕаһыыҥҥа means в магазине. I found just two more resources- Учим якутский язык and Я люблю якутский язык– for learning the language. One of them covered phrases for маҕаһыыҥҥа.

Language aside, what stands out from my time in Yakutsk is the total fascination with beauty contests and modeling. You may have heard the recent story of “Siberian Snow White.” Perhaps you’ve also heard of Polina Protodyakonova, a Yakut model working in Los Angeles. Yakutsk has many, many, many more hopefuls. Every time my friend sends a magazine from Yakutsk, it always has several pages like this:

Russia Beyond The Headlines explores the reasons for this in a post titled Why beauty contests are so popular in Yakutsk.

It’s pretty cool how strong and present Yakut culture is, even if we don’t see many images of it in the West. Each Yakutia magazine has a sense of pride stamped into its pages.

PS: Here are two posts from once-upon-a-time in Yakutsk: Remembering Siberia + Pictures from the Trans-Siberian

What do you know about Yakutsk and Siberia? 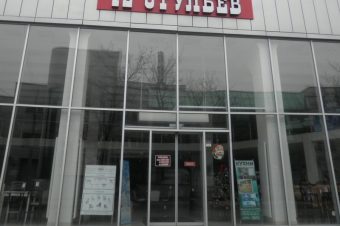 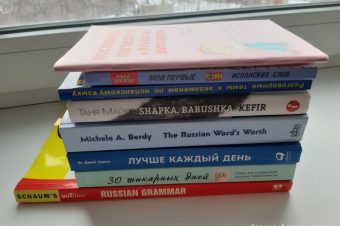 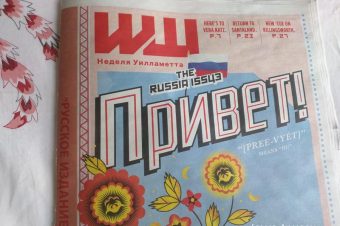 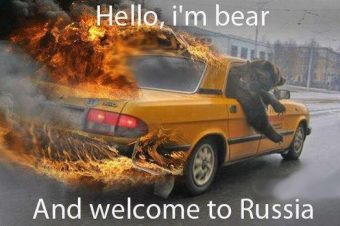 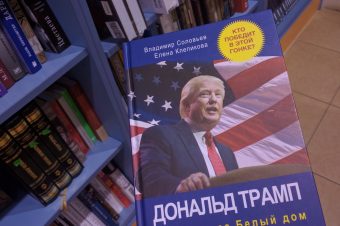 
Happy #Matryoshka Monday! 😊 All of these lovely