Imagine if your job required you to take trips- lots and lots of trips!- to Russia.

Meet Allison, a woman who knows how to survive those freezing Siberian winters and sweltering Moscow summers.

Allison and I studied together last year in Nizhny Novgorod’s summer language program. Well.. since we had different Russian teachers and different housing situations, it’s more like we bowled / drank / toured dusty museums together. At the end up the month, we even hired a university student to create an awesome Soviet Mural Tour for the two of us. But play aside, Allison took her studies seriously. She tested the highest in our entire program, which sealed her fate: instead of coasting by in group lessons, Allison faced one-on-one lessons. Eeek!

Spoiler alert… she did fine. 😉 In fact, I’m super impressed by how well she speaks Russian and how much work she has put into it. Are you also curious how she does it?

Allison shares her story (and lots of amazing photos) below…

My favorite word has almost always been достопримечательности because it is way too long for the concept it represents. It absolutely tickles me.

I am a political scientist who studies Russian politics, so I use Russian for my research primarily. However, it’s hard to learn a language without falling in love with the culture and people…so I enjoy watching Russian and Soviet movies and talking with Russians whenever I’m in Russia.

You mentioned that you started learning Russian as a teenager. What’s the story behind that?

Well, it’s a kind of funny story because it boils down to the fact that one small decision that I made when I was 13 ultimately determined the course my life took. In high school, I was in a program that focused on the Pacific Rim. We had to take a foreign language spoken in the area and our choices where: Chinese, Japanese, Russian, or Spanish. I wanted to be different and chose Russian. My high school teacher, Mrs. Skvor, taught with passion and love…I was hooked! So, then I double majored in Russian and political science in college, ultimately receiving a PhD in political science with a dissertation focusing on provincial Russian politics. Who would have thought that the choice at 13 would steer my life so profoundly?!

Tell us about your experiences in Russia. Which cities have you fallen in love with? Have you had any funny encounters with people or foods? Are there plans to go back?

My favorite city is St. Petersburg, but all the provincial cities I’ve studied have extremely special places in my heart. For example, Biysk in Altai Krai is beautiful and a lot of the old architecture has been preserved, so you can see the history of the city in the architecture as you walk around. Komsomolsk-na-Amure is in a beautiful spot in the Russian Far East. I’ve found the Russian people to be amazingly kind and sincere. One of my favorite encounters was while in Biysk. There, the local custom on the marshrutkas is to pay the driver when you exit, but this is not how it works in European Russia (where you pay when you get on). So, I sat down and passed my money up. Everyone looked at me as though I was insane and one woman asked if I was a visitor. I said yes and she then made sure that the driver took me to my stop. It was sweet and hilarious at the same time. I absolutely plan to return this summer…I’d better start planning!

The grammar is basically impossible for me. Especially declining numbers–forget it! My plan is simply to go back to Russia as often as my job and finances allow. I also like the individual program that UNN, Lobachevsky offers.

This is a really tough one for me! If the person is at a lower/beginning level, I’d use Duolingo. It’s fun and goes over some basics that are useful. But for the more advanced? This has been the problem most of my adult life. I haven’t found anything that works for me. If you live somewhere where there is a Russian speaking population, I would start there.

Wishing you many more years of travel and research!! 🙂 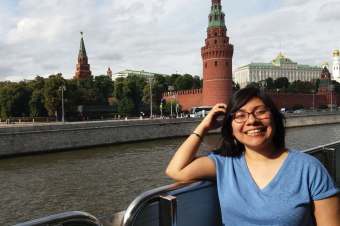 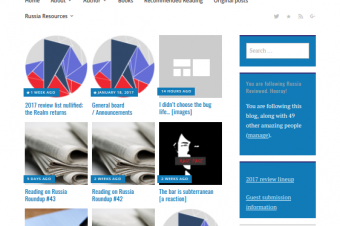 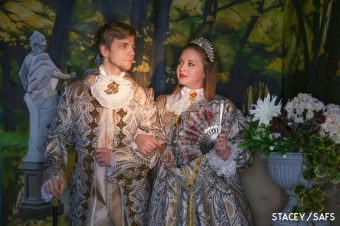 
Apartment buildings of Chelyabinsk. Which is your

🛒 Prices (in USD) at a local grocery store this